The Museum opened its doors to the public on October 20, 2001. American Ambassador John Tefft and his wife Mariella, Kedainiai Regional Mayor Victoras Muntianas and many honorable quests from Vilnius and Kaunas participated at the opening ceremony. In 2000, Janina Monkute-Marks established a Not For Profit Institution in Kedainiai.

The Museum gallery was reconstructed using a single floor two-wing building – which from the early twentieth century till the First World War was a building of Juozapava Homestead – as a basis. During the interwar period the reconstructed building was a notary office; in the first decades of the Soviet period – a home for students, and from 1967 to 2000 – Kedainiai Regional Museum.

In various sources Juozapava Farmstead was first mentioned in 1819. Its owner was a court clerk of Kedainiai City nobleman Feliksas Ciolkievicius. The homestead had a wooden manor house and 6 outbuildings.

In 1856, a minor son of Feliksas Ciolkievicius – Stanislovas Ciolkevicius – sold the Farmstead for 6,000 czarist rubles to a nobleman of an Italian origin Liudvikas Kognovickis in the presence of a guardian nobleman Miroslavas Steckievicius. The relatives of the buyer the noblemen Cognocce came from Italy to Lithuania in the sixteenth century as part of an escort of Queen Bona Sforza (a wife of Grand Duke Sigismund I the Old). One of the Cognocces married a local noblewoman Chreptaviciute and changed his name to acquire the sounding characteristic to the Polish language – Kognovickis.

Juozapava Farmstead made of bricks, which is currently a home to Janina Monkute-Marks Gallery, was probably built at the end of the nineteenth century by its last owner Povilas Kognovickis. In 1889, he was mentioned in the List of Kaunas Province Landowners. In that year Juozapava consisted of 44 dessiatines (about 48 hectares) of land.

August 12, 2007
Janina Monkute-Marks was presented with the title of Kedainiai’s Honorary Citizen.  This title was bestowed upon her for her outstanding dedication and constant cultural input into the district of Kedainiai. She is also recognized for introducing foreign artists to Lithuania, as well as for continuing education through art and promoting Lithuanian culture around the world. 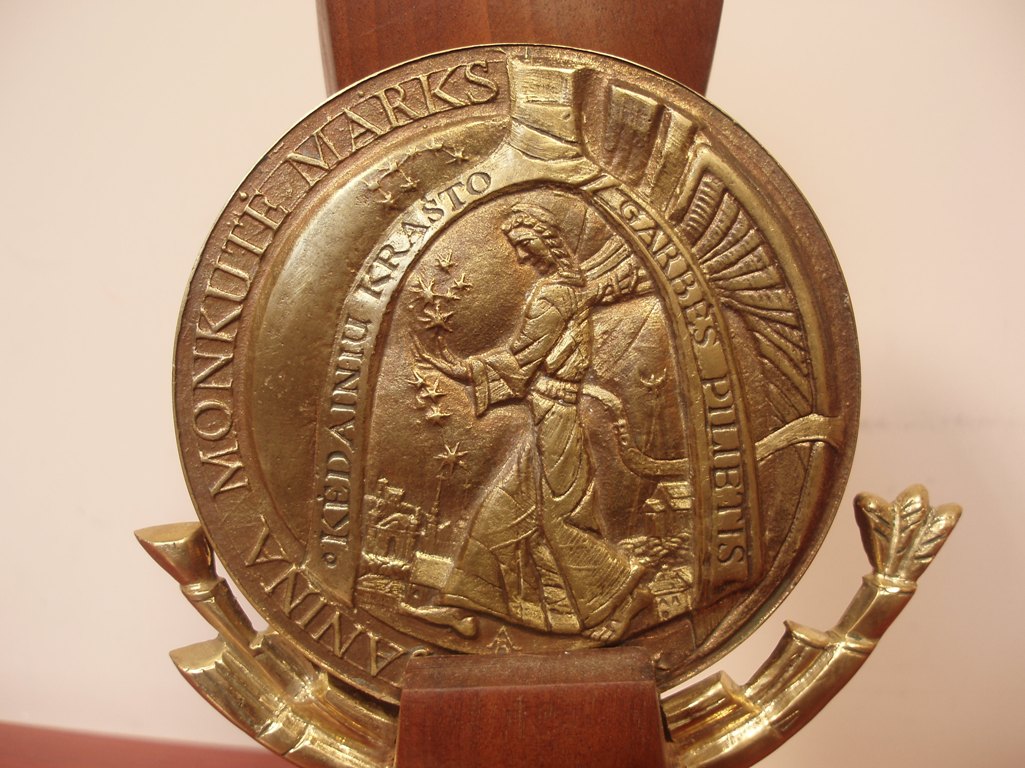 On November 16, 2012, Janina Monkute-Marks Museum-Gallery was presented the award for the most beautifully arranged company of 2012 at the Contest of “The Most Beautifully Arranged Environment in Kedainiai District”. This is already the third year in a row when the Museum is awarded at this Contest. 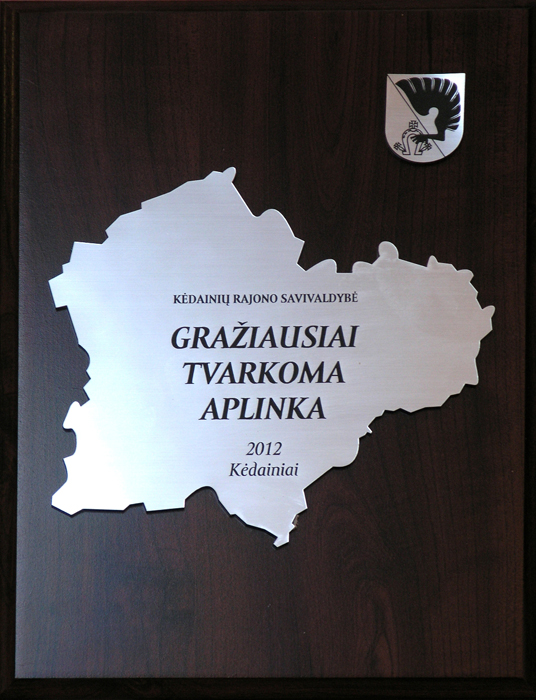 On November 16, 2012, Janina Monkute-Marks Museum-Gallery was presented the award for the most beautifully arranged company of 2012 at the Contest of “The Most Beautifully Arranged Environment in Kedainiai District”.

Janina Monkute-Marks Museum and Gallery is committed to the cultural and educational advancement achieved through sharing art in its dynamic diversity with the city of Kedainiai and the larger cultural community of Lithuania. The Museum stimulates creative activity, community involvement and philanthropy by organizing exhibitions, symposia, lectures, literary evenings, concerts and educational outreach projects for the youth.

The Museum represents a new art museum model concentrating on the action instead of being a static repository of art. The Museum initiates various contemporary artistic activities and stimulates individual creativity. It is an inclusive, vibrant art center of the community that stimulates the participation of the residents of all ages and different backgrounds.